Home › Articles › Modi was stupid #despitebeingthePM but what about you?

Modi was stupid #despitebeingthePM but what about you? 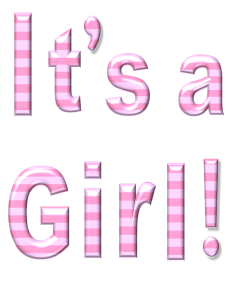 I have nothing much to say about Modi’s #Despitebeingawoman reference because he is known to get carried away in public show off and has made previous insensitive and sexist comments including calling Shashi Tharoor’s late wife Sunanda Pushkar a 50Cr Girlfriend and his irresponsible ‘figure conscious girls’ answer when asked why Gujrati girls were malnourished. This statement should not come as a surprise then….

I have never felt that he is in anyway different from the many other men in the society who become surprised seeing women achievers… The #Despitebeingawoman tag should not just be for Modi, there are many who think that way… we all individually need to look inside and see if there is a sexist in us, even in a slight faint form… because the idea of being a sexist is so ingrained in the society, not just in India but world over that many people do not know when they are… it is just a natural reference for many… as jokes, as speak, as looks… so on….

Modi just ended being the ‘fool in power’ to utter it in public that’s all… We have both sexists and ‘sexists who get caught’. Modi is the latter…. So I am not interested in bashing him, because he was a sexist for me before he got on stage… and he is not the lone sexist in the Indian politics, society, business or democracy…

The problem though is when most people think we need to change this sexist outlook all around the world the PM of the largest democracy makes this irresponsible statement…. It is both unfortunate and ridiculous.. I think he was #justbeingajerk and he would not have said that intentionally if he had a faint idea of the uproar and even thought that was wrong….

As I have always felt.. when he is goes out of the country and addresses the crowd, people should make sure someone tells him what to speak… whether we like it or not, he represents India where ever he goes… I wonder who writes these crap for him, does no one go through script…? Is there a script… may be not.. At least a list of what not to say…..I don’t know…. or may be he did it on purpose to get publicity…. I have heard his Bhakts defending his suit saying he knows how to use media….

Anyway what I want to share are the scribbles of Marilyn Monroe who is known not for words but more for her beauty, movies, some controversy, her affair and the news that used to follow her… If you are surprised by the fact that she writes and in your mind, you think…. Marilyn Monroe….? did she read… did she write? then you should also check if your sexist nerve is out loose and need be clipped….

It is said that between shoots or when she had time she would immerse herself in the company of the words and thoughts of Dostoevsky, Kerouac and Hemingway to name a few… Here is a post that takes you through some of her writings…Also on Amazon you can find her book Fragments….

Here is one I like to share from the post
“feel what I feel
within myself — that is trying to
become aware of it
also what I feel in others
not being ashamed of my feeling, thoughts — or ideas
realize the thing that
they are —”
Marilyn Monroe Fragments Poems