To Pakistani brothers who delight in badmouthing India 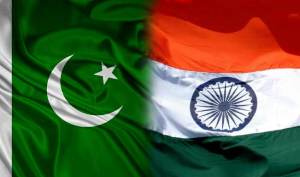 A few weeks back I saw a post on the wall of a Pakistan born American who shared a picture of people living near railway tracks in India and I replied on the post saying that similar scenes can be seen in many developing countries including Pakistan and highlighting an image like that to show your neighbor in a bad light is in poor taste.

The person replied back saying Pakistanis majorities and minorities are better off than Modi’s India and what minorities suffer in India.

I again had to laugh because I said In India we have minorities in top posts in Government and Entertainment. But I wonder in Pakistan how many people from the minority they have in top positions.

I found it so sad to see people thinking that they can build a garden by throwing trash over the wall… And today I saw this news article http://www.wsj.com/articles/pakistani-activist-faces-blasphemy-charge-fatwa-1483498217 where another Pakistani Activist faces Blasphemy charges and felt like sharing this to my Pakistani brothers who feel delighted when they show India in a Poor light.

There are bigger problems in Pakistan and Pakistan should try fixing that instead of worrying about the minorities life in India because there are enough secular people in India addressing this.

But in Pakistan, blasphemy is illegal and carries the death penalty. And that is inhuman and barbaric…. You can blame Modi all you want but even without a Modi you have serious fire in your pants

Before you talk about India or Modi you should water your deserts and talk about freeing Aisa Bibi, how Sabeen Mahmud gets shot brutally and how can Pakistan authorities so lethargically issue bail to scoundrels like Zakiur Rehman Lakhvi…

Hate is no solution to anything… And showing your neighbor in bad light is just a result of frustration that needs treatment. We will take care of India and you handle your country and your problems.

Like Loading...
‹ Adam Grant’s ‘Originals’ should be your first pick to read in 2017
Time Out Time Again – Is it my economics illiteracy or that of my Government ›