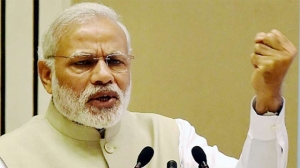 My economics is extremely poor and that is what I said when I wrote a post saying we should support the demonetization effort if it will reduce the black money.

But I also saw the economic stalwarts in my friend circle who within a few minutes of the news called it as a master stroke 🙂 I also saw a group oppose it within the same minute. To be honest I felt so stupid of my ignorance not able to completely understand the whole thing or comment.

Over time we all saw the hardships that people had to go through. The demonetization supporters even belittled them saying this is nothing and people need to stop complaining for a better future. As a human being I also opposed them for being so inconsiderate to their fellow beings. Most of the people including me who comment and rant on social media were not the really impacted ones. 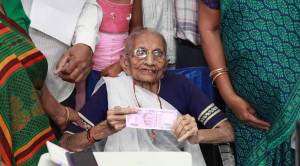 But all the while I do expect (or demand) that the PM and his folks in the Government understand economics better than a mere citizen like me and they clearly explain the plan of action and next steps. That they make the right decisions. We were all warned by many that this PM could use anything for a political mileage and that he is one guy who has not stopped his election campaign even after winning elections.

He was always compared with the previous PM who was notorious for his silence and with his extremely good orator and showman on stage he did have an upper hand with people’s minds. But all that I put aside and supported demonetization in the hope that this would benefit the common man. Also any rollback of an anti-corruption effort will set back the efforts.

Also all the debates that not all money was in currency etc… was also in the air along with the major nautanki (street drama) like PM’s mom standing in Line for changing her notes to Rahul (Pappu) Gandhi standing in line to show why demonetization is a failure. 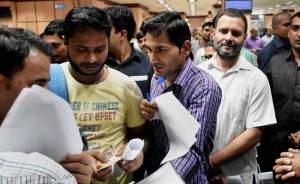 At the same time we saw an old ex-army man weeping, we witnessed deaths and the debate on if the deaths were really  because of demonetization or something else. Both sides argued with fire in heart to prove the other party wrong. The common man slowly inched some supporting 56 inches and some blaming him. I think somewhere many forgot that the common denominator of demonetization is the common man and not Pappu or Adani or ambani or anupam kher or even me or you who were even before this demonetization cashless.

We saw one politician in Karnataka and that Nitin Gadkari guy all have lavish funds to run extravagant marriages when many also said they had to call off marriages. But who cares about marriages, especially when the PM is above marriages  after all 🙂

Some call me a Modi hater. But when there are Modi lovers and Modi Bhakts I guess there can be Modi haters in the world. The interesting thing is this Modi Guy had managed to create a good following. Even people who don’t like being called Bhakts believe that Modi is the only Good thing that had happened to India.

I have seen some people with unbearable sadness ask me “why do you oppose our PM when he is trying to do something good”. And I think their ask is very valid because they are in a spell thinking there is no Hope if Modi is not the PM. This feeling also has to do with our history that over time we have somewhere lost hope from the Government. And those are the times when someone can rise and their best magic wand is talking about past glory and bringing people together.

I might not like Modi but I can see why he has a big following. Saying it is only Hindutva (though that has a big hand) might not be right because many people I know who follow him are quite rational and not fanatic Hindus. But my opposition to Modi is not really not Hindutva but Nationalism and with him it apparently is Hindu Nationalism 🙂

It is very important for people to oppose Nationalism especially Hindu Nationalism but at the same time support a Government in building the nation. At least that is my view point. But the truth is it is very difficult to be unbiased to the extend that ‘no bias position’ might be an utopia. We all are biased in one way or other.

Wait it will be better is the slogan of one quadrant but if the plan for the short term is a disaster then how can one rely on long term. If you really want to make change there is needs to be an acceptance of failure if the plan failed and then move forward. Congress will ask for resignation. But in India opposition asks for resignation even in the event of constipation.. but what is ahead. Is there a impact Modeling that was done, anything that can be done now.. possible? no?

Then we also recently heard Modi give explanation for not having strict regulations on the money with political parties. His explanation was it was done by congress. That has been one issue with this Government. They blame Congress for everything that happened in the country since independence, they blame Nehru, blame Gandhi, they blame every Indian not aligned to saffronization… But when it comes to more regulations and inquiries into the money in the hands of political parties they are so aligned with congress and 56 inches stands and proclaims that we did not change even a comma or a Fullstop…. That is what you call a ‘questionMark’ trying to stand straight…

Like Loading...
‹ To Pakistani brothers who delight in badmouthing India
Fascinate – How to Make your Brand Impossible to Resist By Sally Hogshead ›