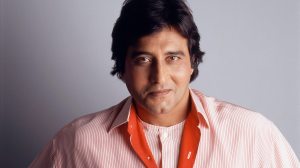 Bollywood has never had a dearth of handsome villains; but among them on the top is a name; that of Vinod Khanna the star who came as a villain and then became a lead hero in several movies.

‘Dard ki dawa naa ho toh dard ko hi dawa samajh lena chahiye’ a dialogue from his movie Chandini is translated as “If the pain does not have a medicine, accept the pain itself as the medicine’. Quite true and with death it is always that way. There is no medicine, the pain itself is the medicine’ So I will share some memories of mine today and how and when I started watching his movies.

When I was young I was an Amitabh Bachchan fan and I had a friend Vimal who was a Vinod Khanna Fan. This was mid-eighties, a time when you still access to a few movies that had Vinod Khanna doing villain roles. I think this was the time when Muqaddar Ka Sikandarr came on TV during the weekend. So on Monday when we came to school, Vimal had a big smile on his face and I asked him what happened. 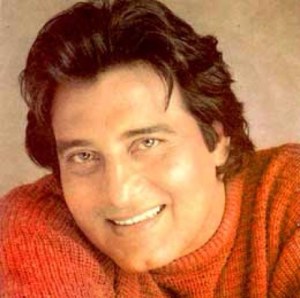 He said “ I watched ‘Muqaddar Ka Sikandar’ and then I saw Vinod Khanna appearing during Amitabh’s song and when I jumped up and down, my brother told me, Oh! That is just going to be a special appearance”

As a kid I always used to think why I was not named Amit or Amithabh and I have asked that to my parents as well. They said the other option we had was the name ‘Rajesh’ as Rajesh Khanna was all over those times including dresses for kids. No wonder we have so many Rajesh’s my age. But Vinod is the other name that gave a stiff competition for Rajesh. And it was never Amit, at least not in Kerala.

So that day when I say that enthusiasm in Vimal’s voice and eyes for Vinod Khanna it made me feel good as a kid all covered in Bollywood glitter and movies. At least I share name with someone who has such ardent fans. To be honest I was never saw much of Vinod Mehra’s movies and he used to act in more drama movies and I was a out and out action fan counting the number of fights in a movies. More the fights the better the movie.

That’s when I started seriously watching and loving Vinod Khanna’s movie. I went back and watched many of his movies where he moved from Villain roles to hero. In fact I had watched many of his movies because he and AmitJi had a great screen synergy as we know from movies like Khoon Pasina, Amar Akbar Antony, Parvarish and so on. But always for the little Amit Fan in me, I never saw anything beyond Amit Ji. 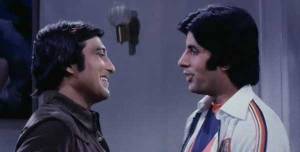 Now after this I was introduced to a wide range of movies over the years starting with Imtihaan, and my film sensibilities also changed from heroes to movies and I should say Vinod Khanna is one of the fine actors I have always loved to watch on the Screen. When he did Villain roles and I was a kid, I did not like him and that speaks for his acting and then I saw him stand out in support roles especially the one in Chandini and I can still remember him in the song “Lagi Aaj Sawan Ki Phir Wo Jhadi Hai”

Even during his older years I loved his appearances in the many roles he did. One of the interesting thing for movie buffs like me is that when I see some people leave I feel a part of my childhood come back to me and I remember people whom I knew once and not sure where they are.

Rest In Peace Vinod Khanna and Thanks for all those wonderful movies you gave us.

With Perumal Murugan....
Speaking at Kozhikode District Jail #kozhikode #kerala
With students at the College of Engineering in Cherthala #kerala #cherthala #malayalam
@ Manaveeyam in #thiruvananthapuram #kerala