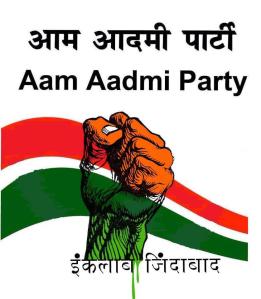 Finally Kejriwal and the Aam Aadmi Party has embarked on the next leg in their political Journey with actual power at their disposal…. If you heard Kejriwal make his address during the trust vote in the Delhi parliament you would have got a glimpse of the Indian youth addressing to a crew of politicians whose expiry dates have been long overdue and some were even on life support systems, sleeping and unable to keep up with the change around them and the questions shot at them….

A good feeling
Whatever said and done….when you think that a party symbolized as being backed by the common man has gained a victory in Indian politics it is indeed a great feeling…… But we have even before seen parties purely belonging to the common man come to power and then get lost somewhere in time…. So it is also true that this victory is not everything….. Politics, democracy and nation building is a whole different ball game than an initial victory….

The apolitical appetite
I never really followed much of the AAP Journey but that does not mean I was against them or cynical about what they could do…. I was just not sure because having a strong political bend in life I always have my reservation towards something that bursts out from a totally apolitical appetite…

The public notion that emerged that politics in itself is bad and all politicians are scoundrels was what I had issue with…because I believe there is good politics…. and good politicians…there is honest politics…. So being apolitical is never the solution to corrupt politics.. politics just means “of, for or relating to citizens” and with that in mind there can and should be good politics…

But interestingly the AAP victory is a political one but a lot of it should be credited to the apolitical movement against corruption that Anna, Bedi and Kejriwal himself has been involved in… So I am not saying being apolitical is wrong…. but once you get inside the system you cannot remain apolitical… you have to accept that there is good politics…. and work towards that…

So Now we have Anna and Bedi doing the apolitical movement outside the system and we have AAP inside the system working to make a difference.. In one way when I heard the formation of AAP I was happy because for political systems like that in India they can be fixed only by getting inside it and being a part of it…

The Indian support and NRI influence
As a mere observer living outside the country I have seen a huge support from people here many of whom had even relinquished their Indian citizenship long back and would not even be able to cast a vote supporting the party…. but they were all gungho about AAP…. And when I look back the anti-corruption slogan that AAP raised and the fact that there should be a new generation youth blood into politics was probably the prominent reasons…..

But for me I always believe that people inside the country should decide what is good for the country… and this victory of AAP just reinstates that people in India (Delhi to be specific) supports AAP and it is not the support many of us saw outpouring from outside India… it is the support within India that brought AAP into power…. which is a good sign… and hopefully they will continue in power hearing more from people living in India than those living outside India (including people like me)

The goal is bigger than just having fresh faces
Over time I have felt a burst of hope when I see new faces enter politics… Though supporting congress was never an option even in my wildest dreams I appreciated Tharoor’s entry into politics…. but then over a short time he savagely ripped off the hopes for the non-congress public…..

Now Kejriwal is a fresh face and I feel the same hope….. But unlike congress AAP is a party I might think of contributing based on how they have come up… But politics and governance is much beyond the freshness of the face… So Kejriwal has a lot to prove…. beyond the freshness there is a correctness in politics that is always a challenge to maintain across party officials and common members once power falls into the hands…. that is where the goal will get daunting for Kejriwal and his team… But I am optimistic that the team can bring justice to the freshness and correctness they can bring to Indian politics…

Need a politician not a common man to run the government
The fact that AAP support comes primarily from people who did not till now have a political affiliation also has a small issue…. Many can’t see him or don’t want to see him as a politician… but in my opinion what Kejriwal should change is from being a common man to being an honest but shrewd politician who can bring the reforms needed for the common man by working with the existing Netas…. it is tough and will be a real balancing act…

The age of cynics…
You will also see that when people come up with new ideas there are many who have been deep rooted in the throne of power who find every reason to belittle them… and to support this belittlement people from the intelligentsia who also team up with reasons to doubt someone at every walk… that is a norm….

There is a story about a guy who had a dog that could walk on water…. The whole world applauded at the feat and then one day a cynic saw this feat and came up to the guy and said but sir… your dog cannot swim….

So you cynics who think yourself to be too smart sitting in you’re air conditioned rooms and making comments on twitter and other media… give the guy sometime… let his team move forward a bit… what he and his party has achieved till now is commendable and we all need to give him the chance to perform…..

I agree he will either take the region forward, maintain status quo or push it backward…. But if he can bring corruption down by even the tiniest amount, or reduce the rapes and molestations and ensure that miscreants can be punished earlier… he has done a lot…. because we have only seen these deteriorating in all these years when tried and tested political parties have been in power…

Another argument is that people in AAP don’t have much prior political experience….. But that is in one way the whole point here… we want to get rid of dynasties in democracy…. I would agree that inexperience has its issues…. but the team of non elected people that form the huge governance engine is what matters… that is what runs the whole show… and if AAP is able to pull this together such a dedicated, uncorrupt team then the charismatic young, honest and so called inexperienced can move mountains in the right direction….

People in power might need to live different… accept it
There is another outcry now about Kejriwal’s official two 5 bedroom houses that he has been allocated… Also about the cars his team are assigned… what the heck is your problem…. Do you want these guys to govern, work and make a difference or you want more hurdles before them….. Anyway seems Kejriwal has decided not to take the 5 bed room flat… but seems he was living in a 4 bedroom flat…. not sure if what the opposition wants is for Kejriwal to move to a one bedroom apartment leaving his existing 4 bedroom….

I personally don’t think there is anything wrong in having an official vehicle or an official residence that makes them govern better…. They are now people in power and have the power to make a difference and it demands they live differently to be fully effective…. Accept it… people blame it as if the earlier politicians use to live in rented apartments and walk to their offices….

Give me a break….. stop being childish and accept the fact as it is…. There are people who spit after losing a fight… these arguments are nothing different from that….

A Final Note
India is a country that has given birth to excellence in all walks of life since a very very long time…. Education, Research, Engineering, Medicine, Philosophers, Politics and more…. The pop culture notion that India has not moved an inch since its independence is an absolute farce…. yes India has its problems like any other country has… and we know corruption in politics and other Government establishments is one of them…..

But the biggest problem is when people only talk about these issues but use the corrupt system to get their way through for personal gains…. from land dealings to even getting a game ticket where people use money, bribes and contacts that will allow them to get ahead in the line where the common man stands and waits…. that attitude is our killer…..

No politician no political system, no leader, no party can change that unless we decide that we will not give in to this corrupt system… and will do so even at a personal loss…. Until the day comes when we are ready to sacrifice our personal gains to uphold our non-alignment with a corrupt system nothing will change… we will have people come and go… parties change… but we will remain stubborn with our selfish interests and just cheer as one of the hidden public faces…..

So as AAP tries something new in Delhi and now around India.. let us hope they are able to transform from being an underdog to an inevitable political player and let us also decide on a personal non-alignment with any corrupt system…. and then and only then our hopes can and should be justified…

The Decision to Support
As I was writing this I kept asking myself the question “Should I support…? Should I Join…? “Should I donate….?” I could not justify a NO answer to any of the questions…. so  I decide to put in my full support to AAP in their efforts to bring the common man’s voice to the parliament….