Home › Articles › When an inventor broke down before his death….

When an inventor broke down before his death…. 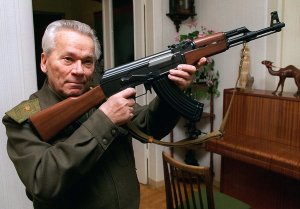 Before his death Mikhail Kalashnikov was tormented by guilt…. In April last year he had written a letter to the Patriarch Kirill and the letter was published in a newspaper Izvestia this Monday…. He asks a question that has been bothering him…. if his invention 60 years ago has caused untold deaths is he guilty for those deaths?….. The Kalashnikov or more popularly the AK 47 he built has been the most prolific killing machine of the century…. taking the life of countless men women, children and even unborns….

The Church interestingly replied back “The Church has a very definite position: when weapons serve to protect the Fatherland, the Church supports both its creators and the soldiers who use it,”

It is said Kalashnikov in earlier interviews have mentioned that he did not feel any guilt for inventing the weapon because it was a weapon of defense and not a weapon of offense… he built it because there was war and politicians create wars… So even if someone should feel guilty and lose sleep, it should be the politicians…. that is interestingly how people define life around them before they know there is not much left to live….. 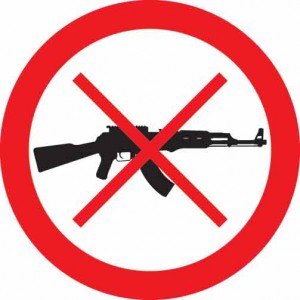 I personally am not sure if he can be said to be guilty for every death caused with his invention…. it is debatable…. even if he did not make the weapon another person would have made another one…. because man in his pursuit for destruction would have found a way to get there….

But I was really amused by the Church’s reply… Because I don’t think Kalashnikov’s question was if he was guilty for any specific deaths, but for all deaths caused by his invention..… When on deathbed I don’t believe anyone would think that there is something such as a righteous killing… all deaths are bad natural or unnatural…. so his question was for all the deaths caused….. and by its answer the church conveyed that there are deaths that can be correct and justified.…

Since in the latter part of his life he had become very religious…. the church probably also had to give him and others an answer that since he is religious his route to the so called heaven will not necessarily be closed with what his invention has done… or even if he is guilty that he will be pardoned….

He had always shrugged away when the question of guilt was raised at him…. he had never accepted that he felt guilty…. but when one’s days are numbered man probably thinks differently….

In my opinion as a person, as an inventor he might not be guilty but someone is always guilty when an unnatural death happens… from the countless people who have pulled the trigger of this kind of a weapon to people who have been responsible for anyone to pull a trigger…. And sadly that guilt is not the burden of just one set of people like politicians…. over so many decades politicians, religious leaders, common men turned militants, and many others have been equally guilty for the deaths by kalashnikovs….