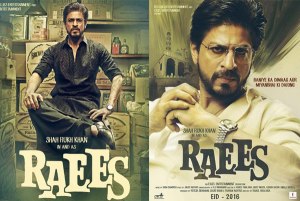 I watched Raees on the first day. Over the past few years I have started to like his movies. I would say he is one of the best entertainers in Bollywood. Honestly I think everyone has their value. You cannot compare oranges and apples. Every actor who has his own way has a place that is carved for him. Something that they have developed with their own strength and hard work. The film industry is brutal, it does not tolerate those who are not fit for it.

Sharukh, Aamir and Salman are all among the aging heroes, all hitting their 50 mark. But mind you Rajini and Mammootty have hit their 60 mark and still going strong. You should also remember that Rajesh Khanna one of the biggest romantic heroes in Bollywood was only 40 or so when he started taking up older roles because he was run over by younger actors by early eighties. Even with so many 20 and 30 year actors this trio goes strong. all in their own different ways. I don’t want to judge how long and so on. But Sharukh has taken a whole different route.

If you watched the last two movies of his Dear Zindagi and now Raees they show that. In Dear Zindagi hi was not the main character but in Raees he is the main character but Nawazuddin has an equally important role and screen presence. And by doing that Sharukh is winning. Giving his viewers a mix of all sharukh and some sharukh is the right strategy to play with. May be he is experimenting his his role preferences.

Well I remember someone who once frowned at me when I said I was not a Sharukh Fan. I prefer not to say I am a fan as much as I can, because fan comes from the word ‘fanatic’ and we have enough of them in this world 🙂

But I can tell you now I look forward for his next movie.