Home › Articles › There is nothing to fight over Dawkin’s Abortion Tweet, But…..

There is nothing to fight over Dawkin’s Abortion Tweet, But….. 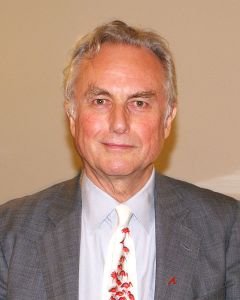 First of all let us all understand that 140 characters are not enough especially on topics where even books turn out to be insufficient. In other sense, for those who want to get an answer, they can get it in 140 characters, for those who are looking to object everything Dawkins’s says,  they will be unconvinced even after a day long lecture.

Abortion is a very difficult and very delicate subject; on a generic scale I am not really sure if I am a pro-abortionist or an anti-abortionist, I might be neither and I will tell you why in a moment. But I know one thing for sure and that is it is a very very difficult decision for any human being to make, be it a couple or an individual. I only wish people do not have to make this call any time in their life.

Firstly I do not believe in the argument of “It is a life that you are ending” because many people I have spoken to fight abortion but cheer capital punishment; So it cannot be about life, it is a decision that is beyond life itself, it is about the interconnectedness of life as we know. And that is where it makes so much sense to look deeper into this tweet response from Richard Dawkins and the discussions that followed.

If you think your heart cannot help you in a decision, you need to use the head. And using the head means thinking logically. You still can go against a logical decision that you derive upon, because the decision impacts your life and the life of your dear ones, it is always a personal choice and a very difficult one.

I am not going to get into the debate of whether one should bring a child with DS into this world or not because it is a personal choice and someone who has a kid with DS will never be able to think about a situation where their child is not there. In my opinion they would never go back in time and decide otherwise, they cannot think that way… It is very unreasonable and cruel to logically reason to someone who has a kid with Down Syndrome, and I feel it is natural for them to get offended by Mr. Dawkins’s tweet or any logic there of.  But that does not prove the logic to be wrong, baseless or senseless for others. 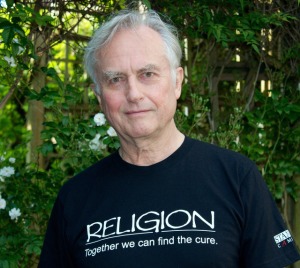 Firstly not everyone has a choice, or at least enough information to make a choice, and now if you have a choice what would you do, would you like to think logically and make a decision or just ignore what you know. And a choice is worthwhile only if there is a logical reasoning, if not you are just following what you feel, and for feelings you do not need a reasoning.

Again there are many who do not do these tests because either they think it wont happen to them or if it happens they choose to live with the life style changes that are demanded in such situations than having to make this touch decision or again they personally feel it is not morally right to do abortion in anyways. I would think the majority of people would think it wont happen. Either way I am fully with those people in their decision not to take the test because that is also a personal choice.

Even after knowing the result people might not decide for abortion, One can never say that this decision is wrong either just as much as one cannot say that a decision to abort  after being convinced of DS is wrong. It is always a personal decision. Either decisions cannot put anyone at fault.

For me personally, if I knew my ‘to be born’ child will have DS and I am convinced of the probability of that happening I will make the choice as Mr. Dawkins’s mentioned but in any other circumstances I would not advocate an abortion. What does that make me pro or anti. I do not know…

I think the a similar choice could come between a mother and the baby during delivery complications, and many times people do not think of a choice provided the odds are the same, the mother always carries more weight than the kid. even if the odds are less for the mother many would say mother…. why? when you decide the mother over the baby you are in reality letting go of one life, Agreed it is not abortion, but it is letting go of a life that is fully formed. When you compare two lives on the same scale and what outweighs the other (other than the probability of success) is the simple fact that one is already existing in the world and has a life that has a foot print that is interconnected with so many other lives in the world, the o.ther not yet born to the world

Abortion is a very personal decision; the reason for using the test to determine the possibility of DS is that you could do something about it if you want to, so once you do the test and then the decision does not really have a moral side, it only has a medical side.

Forget the answer, it is never a moral question, it is either a logical question (for which Dawkins’s answer is true to the point)  or never a question at all.

The problem in what Dawkins’s said that he said “it is Immoral to not abort” and that puts every one who made a different choice at fault, which probably sparked the controversy.