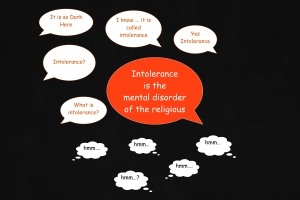 Sometimes we cannot directly change the way things happen in our world, but after every shocking incident we are left with questions, some we have answers some we do not, some we think we have and some we need help with.

Today when I woke up to the news of the Charlie Hebdo shooting, the first thing that came to my mind is “They have done in again. They ended last year with Peshawar and they start this year with Charlie Hebdo. The term ‘They’ does not mean any specific group, but religious terrorists and in both cases above the religion they belonged to was Islam.

Islam is a religion in which many of my close friends believe in. A religion based on which these friends of mine have lived all their life. And these friends of mine are good people. People I would call to if I needed a help. And my views against religion in general will not be a deterrent in they hearing my call. What I have are a few questions that I am trying to answer, some as opinions more than as answers.

Are cartoons more offensive than other art forms?

I think it is. A cartoon is a form of art and so just like any other art form it can be obscene or insensitive for some, so does a picture or poem, or song, or story, or article and so on. But what makes cartoons more effective in pissing people off is the nature of cartoons compared to other art forms.

A cartoon as we all know is a visual illustration that can be non-realistic or semi-realistic depiction of something done primarily for satire, caricature and humor. Often we won’t find a cartoon interesting if it is not either of these. The intention of cartoons is to make people both laugh and think and when you make some people laugh and think, you are likely to piss off some other people. Sadly may be we have lost the concept of a humor that makes all of humanity laugh together.

I do not think a cartoon needs to be a religious satire to be offending to anyone; If you show a son a cartoon of his mother having sex with him, he will be angry, he will be offended. But however offended they are only someone insane to the core will be ready to ‘kill the cartoonist’ that is where religion comes to play. It makes normal people do evil things.

Is intolerance an issue with all religions?

No, not in my opinion, not all religions are intolerant in the same way. But any religious person can become intolerant if they want to. Because every religion provides the necessary tools and fuel for becoming intolerant and feeling good and honorable about it.

If someone draws a cartoon of Jesus Christ or Indian gods or Mahatma Gandhi or any political leader or a mystical guru they are very unlikely to get killed. Some might frown, some might be offended, but life will move on.

This Charlie Hebdo shooting shows that if you draw a caricature of Prophet Mohamed people will be after your life. This in opinion is due to three reasons –

This kind of thought twists the mind of even seemingly good people and drive them far away from basic humanity. So, No… all religions are not equally intolerant in the current world and the onus, the responsibility lies with the people of the respective religions to make it more tolerant. Because intolerance is a metal disorder of the religious.

How can we react to this evil act in our daily life?

Everyone should react and condemn this act in public. How should one react is something that people would address differently. But I think we all should write, speak, debate and react unapologetically because religions should be refined through conversations and not grown through conversions.

But I will not personally protest and condemn by sharing other caricatures of such kind because that will push me further away from the moderate religious people who in my opinion are the most important people to fight and diminish these terrorist elements.

Is it OK to have caricatures that offend religious sentiments?

I strongly believe that the world will be a better place if people can fearlessly and unapologetically create cartoons of Prophet Mohammed and Islam just like they do of Catholicism, Judaism, Hindu Gods, Mahatma Gandhi and any political figure, dictator or monarch. I know there are people who say that a caricature is disrespect. but I think tolerance should come before disrespect.

I agree that if the question is asked, the world will have huge divides, often not just two sides but many factions with varied strength of response ‘from NO to Never’ and then finally a limited few who will think it is ‘OK’ to create these caricatures.

I believe that the people with a ‘Public OK’ answer to this question will be very very less but the number of folks with a ‘silent OK’ to this question, (i.e. people who think a caricature of Prophet mohammed is OK) will be a growing number and that must have increased by several fold after this incident.

What did the massacre do to people’s opinion about Caricatures?

When I searched “Charlie Hebdo” in the morning on google I could get many images, but later in the day when I searched, google search gave me only caricatures which also included that of Prophet Mohammed…. in short that is what these freaks did with their action. They killed 12 people and popularized the caricatures to the world. So in islamic terms these miscreants are more at fault than the people who drew them. The answer is simple there are some things that are beyond human or religious control, and it is not God, but internet and social media out pour… the more you try to fight the more you will see anonymous and named people supporting the cartoonists.

Like Loading...
‹ Why we should talk about religion when we talk about the Peshawar attack
How to respond to your faceless and spineless critics ›