Avijit, Washiqur and now Ananta; Bangladesh; Wake up & Voice up

The religious minority world over cry that their religious freedom is curtailed and they are being victimized for their beliefs. And understandably the religious world every time comes together and rebukes these actions. But my question is what about the religion less, the atheists, the skeptics, the rationalists, the humanists, the secularists who are slaughtered one after the other.

Bangladesh, you need to answer… Avijit Roy, Washiqur Rahman and now Ananta Bijoy Das. Don’t you see it happening…. These are people who wanted the best for the people in your nation and lost their life doing it. They wanted people to wake up from forced sleeps of superstition and religious bigotry. They wanted people to embrace a rational outlook of the world that will enable them to progress. Sadly you are incapable of handcuffing those religious hands that strangle the very essence of freedom in your nation.

When the religious minorities are oppressed the first to come on the forefront are the secularists and the religion less humanists of the world because they believe that power of a majority over a minority is inhumane and criminal irrespective of the belief in play.

Sadly the same minority unleashes such havoc when they come in majority. We secular humanists have always stood by you where ever as a minority you have been victimized. We have also stood by you when your own have unleashed terror interpreting your ancient scriptures and old hearsay. You owe your very existence to the progressive thought and scientific temper in the world. Yet you act inhumane… may be inhumane is the new synonym of religiousness….. you forget and spit on your own existence…

Bangladesh, you are not alone, there are many parts of the world that are the same; incompetent, useless and inefficient when it comes to curtailing religious fundamentalism. You are just inching to top that list. The religion less, secular humanists world over, who fight for the right of every minority are brutally attacked and maimed.  There should be freedom from religion along with the freedom of religion because we secular humanists live in the same world. 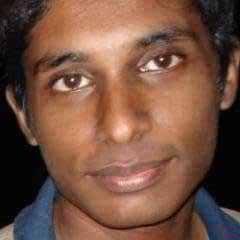 Wake up and see who is making the difference in this world. Wake up Bangladesh and I mean that to all those people of moderate religious sentiments because you don’t want to live in a world without the secular humanists, because you cannot handle it… You will crumble under the weight, irrationality and atrocities of your own religions… We secular humanists help you look inside yourselves… Voice up for the voices that are being silenced for speaking.. Before you suffocate in the silence…. Voice up… Voice up…. Voice up….

Like Loading...
‹ Shobana’s Krishna – A brilliant Capsule of a long and colorful epic saga
Piku takes you to that innocent yesteryears ›