Home › Random Thoughts › Supporting the ‘Mental Illness’ Argument in Charleston Shooting? You should get treated first

Supporting the ‘Mental Illness’ Argument in Charleston Shooting? You should get treated first 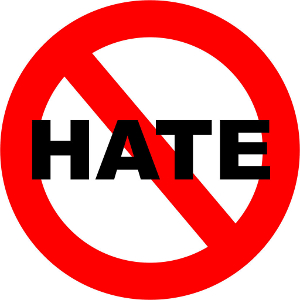 It says Dylann has confessed that he shot the people at the church to start a race war, but there were many who called him (and may be even now call ) a calm, well behaved but probably ‘mentally unstable’ young man. This post is for them

Sir/Mam,
When a person picks a gun (or guns) and walks into a place and kills innocent people then you do not call them ‘mentally unstable’. If you do then your intention should be questioned.

‘Mental illness’ is something many people suffer in our world and not all of them pick the gun and shoot. And if the person has targeted people of a race or belief system other than his and yet you call that ‘mental illness’ I think you need to be treated or even charged for being biased and prejudiced.

Charleston shooting is a hate crime just like how many have been committing crimes based on prejudice in the past months and years. You should not be be looking at what Dylann was smoking or eating, you should find out who he hangs out with, what he reads, who is he connected with. You should talk to (round up in your words) his near and dear and see of anyone anywhere in his vicinity is pushing a hate agenda has made a racist joke or anything. Because that is exactly what you will do if he was of a religious/race minority. You cannot have a double standard.

By Calling him ‘Mentally ill’ you are just telling the world that you do not wish (or there is no need) to look into the circumstances that made Dylann do it. Nor do you want to look deeper and find if this will be repeated. You do not want to hear the words ‘hate crime’ and the ‘Mentally Ill’ placard that you raise is just to put a stop to accepting the possibilities of hate crime. Why…? because this case should be investigated as a ‘hate crime’

And to highlight ‘Mental Illness’ You are talking about how calm and well behaved guy Dylann was. But have you thought that most of the hate crime perpetrators are well groomed, calm, composed and intelligent people who have read and thought enough to defend and justify the heinous acts they do.

It is high time you realize that these do not happen in isolation but as a result of a more organized effort to promote hate among youngsters… I don’t find any difference between Dylann and any another young guy whom you might have branded as a ‘terrorist’.