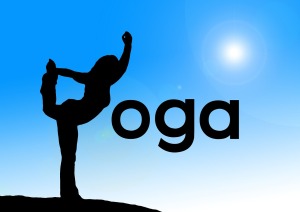 I saw common man’s because most of the people I see are Yogis of people objecting Yoga. I am just a fat guy trying to lose some weight. Today was International Yoga day and I have seen the excitement with many and the ridicule from another quarter and thought a post would be nice.

I don’t know in depth about Yoga, though we had a teacher come and teach us Yoga when I was a kid, though I never took that as a routine in my life and my life has been quite irresponsible often with respect to health which had added to the extra pounds over the years.

I will start with giving a background of my battle with weight loss and with some losses and wins I have had previously and where I stand in regards to yoga.

The interesting this is over these years I was not having a completely sedentary lifestyle, I had been trying many things to lose weight, Gym, walking and not much Yoga except towards the last two years doing around 15 to 25 Surya namaskars a day. I have lost like 10 pounds here and there and gained it back. What made me lose weight has been a low carb diet contrary to the diet I had in 1997 when I lost that 8 kilos on a high carb/low fat diet. 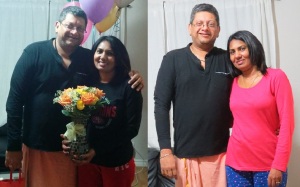 Finally early this year I started with the Bikram yoga for 60 days and lost 21 pounds and that showed a significant improvement in my vitals and weight and looks. I wrote a post and planned to continue that all my life. But then something happened and I stopped it after another 15 days of it. I found that it was not suiting my life style on a long term. Time was one factor as it took 2 hours from my daily schedule. I could have done a 3 times a week but then I was having another issue. I had serious constipation that resulted from losing water through sweating. I realized that I had to consume a huge amount of water to recuperate the water lost in sweating, which also was kind of tough with my schedules. The only choice was to give it a break. I have had results so I am not sure, may be I might do another 60 day challenge sometime later.

As I had mentioned in my previous article, it was not just the exercise, but also some major diet changes that automatically happened in me that resulted in that weight loss. And the interesting thing is after I stopped Bikram I continued the same at home for a few days but then everything stopped and I should tell I am slowly gaining what I lost.

So today was International Yoga day and what is interesting to me is the element of irrationality that goes into defining Yoga and what it will help you in. One of the biggest jokes is from this person Kiran Bedi who was the Ruling party BJP candidate for Chief Minister of Delhi who seems to have definitely lost her senses… or at least is giving the world the signals for the same… She says because of yoga and chanting there was rain in Delhi. I am not sure how people become so irrational and I guess it has to do with how some of this Yoga stuff is being marketed and often it borders with some absurdity.

Yoga is a physical exercise just like anything… running, stretching, walking, tennis, anything that helps in cardiovasucular, muscle building and other forms of physical benefits. The problem is claiming beyond that… making it sound like a single remedy for every ailment and tying that to this whole cultural bandwagon. Chanting so it makes you feel more ‘Hindu’ or saying doing Yoga makes you a better person from inside etc…. This is called marketing and imagination running wild…

Kiran Bedi says it rained because of group yoga, Baba Ramdev had said he will cure homosexuality through this Yogic techniques. The fact is that is you make irrational claims as political and social leaders you are opening the gates that allow many charlatans to start building up on it, not that they are not doing it now but you make it easy. Yoga is a personal choice and should be approached scientifically and medically. every thing is not good for everyone…. period. consult your medical practitioner before you embark…

Now that being said what is my stand on Yoga, will I do or not. I like doing Yoga and I will continue with the same. The goal is to go back to my Suryanamaskar regiment and move from the earlier 25 to a 50 number and yes as always in consultation with both yoga and medical practitioners and do what suits me and not as a competition.

So my take is do it as an exercise and be very cautious of the claims (outside that) because now that you have had the International Yoga day you are going to see many more people come up with a one size fit all formula to elevate you from pain like there is a free licence to think wild. Be rational and that will help you a lot and save some time and effort.

In my opinion you should not be doing Yoga because someone says that it was done by everyone thousands of years before and made them better people and happy and healthy because of that. If that is the case people will stop wearing shoes and also eat everything raw including meat, that is how man was years ago. The point is everything that is presented to us should be evaluated in the light of what we know as science and medicine today because that is where we have numbers to give us a logical conclusion.

That is my 2 cents… Please do anything to be healthy and happy and don’t be over worked, obsessed and irrational… Your Yoga practice or any exercise (or refraining from it) should be a personal health choice not something you do for national pride or religious sentiments because once you do that everything gets devalued