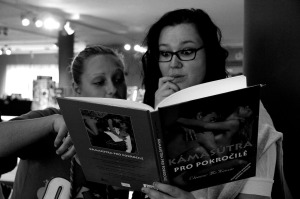 Why is Ban a bad Idea?

An adult or some adults sitting in their private space and viewing porn that is not illegal should not be banned. Also sex between consenting adults should not be a taboo. In India a place where we had the recent Kiss of Love protests and the participants of that protest still being served notice by police it is high time people act as adults and allow two people who love each other to show their affection. In a place where religious morons walk around naked calling themselves saints and no law stops them, they have no right to oppose two lovers from kissing in public. This is called hypocrisy.

What is amusing about the Ban and the partial revoking? 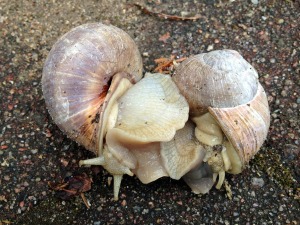 Through out my 4 years I never saw it once and I did not do so because I did not like it, but because I did not find it so damn needed to watch and get into trouble and also I always had a feeling that it should not be showcased in a place used by people who might not want to see it. A common room in a hostel is a place for all students and not just porn lovers. But may be those times there were no TV and common room was the only way. Today may be people watch it in their laptops. I was no saint not watching… I had watched enough before I came there….

Should some things really change?

Last year we visited the Museum of Sex in new York and it was a nice experience to see the history of the industry. But being part of the Indian community I know that not just in India but other places also there is a taboo towards sex in general whereas the land of kamasutra should be thinking otherwise. There is a problem with two things, the taboo of unmarried sex happening and the other is taboo of talking about married sex not happening 🙂 Both have their problems.

I am not saying that one fine morning we wake up all open minded. But things will change gradually to a more accommodating way unless cheap politics and religion does not try to make a gain in every turn. and the only way is to talk when you see something happening where a silence is not appropriate.

Two years back I wrote an article on the second item about love and lovemaking on one of my wedding anniversary. On the first point of unmarried sex, I have no much idea as I never had sex before marriage. But I am not against the idea, sometimes I have even felt that it have a missed opportunity not attempting it but then the place and time I grew up was different from what it is now. But I guess marriage should never be prerequisite for sex because it only makes things bad. There should be sex before and after marriage. There should always be sex.

So what about Mastrubation?

Oh! OOPS! I uttered the ‘M’ word….. I hope no one would have heard…… I have heard that Magazines and movies are available in a doctor’s office where you need to give semen for testing. Don’t know as I don’t remember having gone for one of those, but I know that now if I need to I will not have need for a magazine or movie but there is a time in life for people when you need a magazine or movie. The inability to mastrubate is not a funny thing to talk about. But we always have a problem with the whole ‘M’ word itself

When we were bachelors we used to talk if we would be mastrubating even after we are married. And sometimes when we get together we talk about that and though we all say the truth to each other, I am not sure how many would agree that when talking to their partners. And I have often thought why that is so. The only reason I have found is that it is because if you are with someone and you go and mastrubate you will be looked down suspiciously by your partner because he/she would think you were thinking about someone else while doing it. Well that is not a topic many would like to confront and debate so often left unsaid. Remember the first scene in the movie American Beauty?

Some people might read this and frown and say, what is wrong with this guy?… why does he have to write all this.. we all know these but there is no need to say these things out in public… Well they might be right, I am not saying anything that should not be said. I am just saying we have too much taboos for the wrong things… and don’t notice things that should be stopped…

The channels can be different because I guess it is different, that is why we call it adult industry. It is different from the mainstream movie making. Things take time to change. There was a time in India when acting in movies were considered bad and then it changed, even now some people look down upon that unless you are the hero or heroin.

In a documentary about Ron Jeremy the famous Adult star it was said that he always wanted to act in mainstream hollywood but always got side roles. Once he landed a role in a kids movie and they made him wear a mask and act because they did not want a Kids movie that had Ron Jeremy in it. Even in US people see the adult industry and actors differently, what should you call it, legal but separate?. I know many Indians would have watched the movie ‘Guru’ not the Abhishek one, the english one which talks about an Indian dude who starts working in the adult film industry

If you are not aware Ron Jeremy’s dad was a physicist and his mother a book editor. He has a bachelor’s degree in education and theatre and a master’s degree in special education from Queens College in New York. He taught special-education classes in the New York City area and was a substitute teacher for regular classes. The industry was what he chose for him not what his parents prepared him for.