Home › Articles › I finally get my sign to start believing in Religion, con artists and Astrologers

I finally get my sign to start believing in Religion, con artists and Astrologers 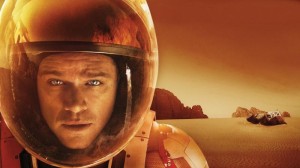 Yesterday I saw Martian and I knew through out that Mark Whitney scraping wood from the cross to make fire made all the difference for his survival….

And now I am so excited that the Madhya Pradesh (MP) Govt. in india is really understanding the problems we have in our world. It is the whims of Gods… Thank you MP Govt for doing the needful so you will now pacify the Gods and Grahas… A panel of Astrologers will now save us all from all problems especially faced by pilgrims…..

It is interesting to note that this article MP govt forms panel of astrologers to pacify ‘Gods’ and ‘Grahas’ starts with the word “Petrified” and I find that as a sign from the Gods…. because when we finished the movie Martian yesterday our 8 year old asked me “Papa what does Petrified mean?” He had heard that word in the movie as well… And we said it means to be frightened

Then he asked what is the word for “turning into a stone’ and it did not strike me that the kid had been watching some TV stuff and really knew the meaning to ‘petrified’, honestly it did not strike me… poor idiot me…. So I told him there is no word like’stonify or rockify’. 🙂

He just listened and said ok…. In the morning we were talking about life and I was explaining to him about rocks and leaves and moving and stuffs… just to tell him what it means to be living… So today I went back to him and said what Petrified means and said he was correct and I was wrong… He has to know his old man does not know everything.

I could also have taught him this way; a very different religious way…..
That there are very important stories in the world that happened in ancient time where when Angry Gods did not like people they turn them into stone. They petrify people whom they do not like and so it is important to pray to gods.

And should have added, It was so silly for Mark Whitney to do what he did in the movie Martian and he should have taken a stone from Mars made that into a god and prayed… everything would have worked just right

I should also have told him that not all stones are alike and some are idols and they are treated as Gods and sometimes these Gods go crazy and make us suffer…. so always pray.. And also tell him those who do not have idols they also pray and both prayers are same… Mark Whitney did not pray while stuck in Mars and so he will go to hell…

That I can take him to people who with just his name can predict who he will marry and how much he will get in his 11th grade and which college he will go and everything. I could have told him that there are so many people who claim to change the way the world runs just by looking at the planets… I could have told him a lot of things…. Be cause he would have trusted everything I say… because kids put a lot of faith their old man….

This is also called religious training of irrational humbug. I think this word ‘petrified’ is a real sign for me to turn religious and now on be astronomically astrological..

Friends, please pray for the success of the panel of astrologers and con artists around us….. 🙂

Like Loading...
‹ An Apology is a ‘MUST’ to build a casteless society in India
Chetan Bhagat – A writer people love to read and ridicule ›