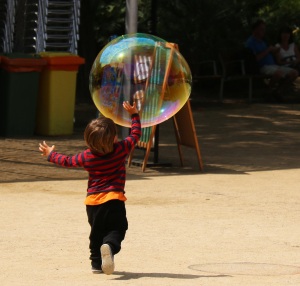 A few weeks back I was driving back after going to an Elementary School to judge some literary work by small kids. My 9 year old son was sitting in the car behind me. We were having some father son time together driving back and forth. I had NPR playing and it was a discussion about the Private Prisons for illegal immigrant detainees in the US. These prisons also hold asylum seeking refugees who are probably fleeing their country.

The discussion was about kids and coloring books and supplies. I gathered that many kids used to be given coloring books and colors to keep them distracted as their parents were discussing with the legal counsels about the situation. The discussions often in the refugee cases had to open up talks on the issues back home which is often very painful and the best is to not have kids there.

The talk was on how the prison authorities took away the coloring materials as the kids were drawing on the wall. They are kids, very small in some cases who do not understand the difference between drawing on a paper or on a wall. We all have been through that personally and with our kids and drawing on walls is a part of childhood. It was so sad to hear that especially when I was in the midst of thinking about judging creativity among small kids.

When you have prisons that are run for profit it takes us far away from the concept of being human. The reason they took away the coloring material was because there was a cost involved in cleaning up the walls that would eat up into the profits. Sad, but I could not leave this thought off my head. These items were not bought by the prison authorities but donated by people and non profit organizations. So the Authorities were saving on supplies but then when you run something in the aim to maximize profits things are not always as we would like it to be.