Home › Blog › The Alchemist – Transforming a Name into a Brand

The Alchemist – Transforming a Name into a Brand 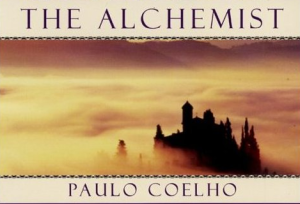 I read The Alchemist long ago and I might be among those who did not find it really great. I might also be among the very few who openly say it. That brings me to the point that many times people do not say because they do not want to be the one with less friends. I will also agree that there are some people who always say the opposite of the popular notion just to be in the limelight.

I fully understand that the reason I might not have liked the book that much had to do with my taste of books and themes and who I am and that for sure does not make a book bad or Good. But I have followed Paulo Coelho on twitter and what he writes on Internet and I fully agree he has had such an impact on the readers around the world. This is why I decided to read his Biography written by Fernando Morais because more than his books I have been fascinated by the man and the reach he has among his readers. This for me was more of an academic interest to know the man behind the success.

I am still reading it but had to write this post when I read something and it has to do with the power of Branding. As you might know the Book ‘The Alchemist’ only had 900 copies published initially by a small press before Harper Collins took it and made it a world wide sensation. But even there the relevance of the Author and Brand maker Paulo Coelho is interesting to note. In his biography it is said that his US publisher wanted to change the name of the book from ‘The Alchemist’ to ‘The Sheperd and his Dreams’. Yes you heard me right ‘The Sheperd and his dreams’. I know it would have been such an atrocious name for a book.

We might at times think what is there in a name because we are quite connected with that immortal words from William Shakespear’s Romeo and Juliet “What’s in a name? that which we call a rose By any other name would smell as sweet.”. But I guess that does not hold good in the world of Branding and Marketing, online and offline. The name is crucial and also misused many times when people use a title to attract but unable to keep people connected within the product or service. But with Coelho the content was also equally significant for many who read it. Yet when I read the suggested name it made me wonder, how would have the book faired in the market if the name was not ‘The Alchemist’ and the forgetable ‘The Sheperd and His Dreams’

The credit goes to none other than Paulo Coelho who inspite of being a less known author back then stood firm with a publishing giant and made sure the name was not changed. Reading his Biography has instilled in me the want to reread the book again and also savor on The Zahir and ‘Eleven Minutes’ and ‘The devil and Miss Prym’ all of which are next to my table.

Like Loading...
‹ Our Life is a Lost Cause writing our own obituary
When Your Kids praise their Teacher; Know they are taught by the best ›