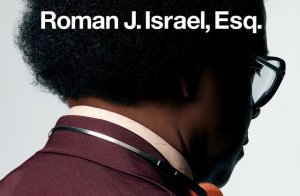 Roman J. Israel, Esq. is not what I imagined watching the trailer. It somewhat felt like I got down at the wrong stop and I cannot quite make out if I got down before my stop or after it. Definitely it was not at my stop. The only thing is the bus did not run after I got down.

I like Denzel and his performance as Roman is in my opinion different from his usual movies and I can sense that he would have been excited with the opportunity because it does have an award feel to it. For me some movies take time to settle and may be this is one of them. There might be something deeper that was conveyed and I could not quite catch it.

The plot is about an idealistic defense attorney who has to take up the responsibility of his two member firm after his partner is hospitalized. He is also battling with the fact that he has always been behind the curtains kind of guy and his partner was the one who presented the case and was the face of the firm.

The movie revolves around how Roman ends up doing things much opposite to what he stood and fought for all his life. Denzel has portrayed well how an individual breaks slowly from within and with that final shatter you get so much clarity to make some of the most important decisions in life.

Roman’s life with his idiosyncrasies and internal conflicts taking the twist and creating a knot. Finally culminating in his disentanglement leaves you wonder. Bottom line I need time to digest… Lastly I want to comment Colin Firth and over time I have started to really like him as an actor. Also I am not a big Marvel fan and when the theatre is filled with characters that I cannot relate in life, Roman was refreshing.