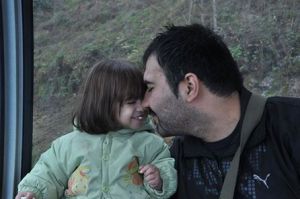 Religious Laws are barbaric and countries that follow religious laws are most times completely confused about human rights. It is basic common sense to know that religious laws are the most uncivilized, inhuman, unrealistic and irrational. But some don’t feel that way and as a result daily so many die succumbing to the craziness of religious laws.

In Iran a 30-year-old man is facing execution for Facebook posts linked to his account. Soheil Arabi will be hanged because their stupid religious court finds that his posts are ‘insulting to the prophet’. The interesting part is they cannot probably state what was in those posts because as per the law stating something ‘insulting’ that someone else said is also insulting. How weird.

So from what I can understand without even being able to state what was in the post a young man will now get punished and if no one intervenes will get executed. Religious laws are absurdity at its heights.

Hope the lawmakers have the sense and free this young man so he can go back to his family and live his life.