Home › Personal › When you peel yourself; it is not always pretty or sweet; But the truth is worth the effort.. Peel Off

When you peel yourself; it is not always pretty or sweet; But the truth is worth the effort.. Peel Off 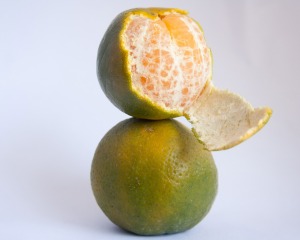 So we all have heard people talk about phases in life and while we think phases are a natural progression, it is also forced through both internal and external factors. I have often asked myself when does phases change, childhood, teen, youth, family, kids.. etc… etc… these are quite straight forward. But some phases happen in between that breaks the traditional phases into multiple pieces and this has a lot to do with our growing understanding of ourselves.

Over the past many years I have been vocal on my opinions and that too in public without much to share on private and that was also a way for me to understand that part of me that is hidden even to me. Through what I read, converse, articulate, debate, fight, accept, reject and so on I have over the past few years peeled a good amount of myself. What I found is not always pretty and sweet. We often think our inside is pretty but in my case it was not so. Most times we fear to do that peeling because it hurts to know where we are wrong because we think our changes are not in our control. 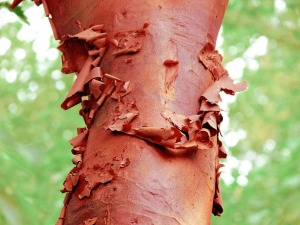 So why am I saying this. Simple, I was driving back from office yesterday and as usual Thursday is the Pizza day for our son and so I buy the Pizza and as I get out of the parking lot I see another car behind me. There is a lady in her 30s driving. As I looked at her from my rear view mirror I saw that she was crying uncontrollably while trying to drive and wipe her face. Suddenly I was overcome with an unexplainable grief. I do not know her I have no idea why she is crying but I felt so bad that I realized I was also having tears in my eyes.  she changed lanes and I wanted to drive behind and check if she was ok. But my head worked on my heart and told me that don’t do it, because if you follow; you might be mistaken for stalking. I took the next right turn and drove home.

This is not the first time I have felt this, I have had this other times in my life also; and is not gender or age based if you are thinking that way. There has been these moments in my life when I have been overcome with this limitless affection emerging from often a scene of grief, Most times to people I rarely know anything about.

I am generally a peaceful person or so I want to claim, but I have a lot of aspects of me that do not really refer itself as ‘Love’ or peace’.. I get angry, irritated and so on and without any shame use it on other people putting them in a complete shock as what happened to me; often end up being exactly opposite of what I was a while back. Some people say its split personality, I don’t it is just that I am being a good guy and a jerk at the same time. But I try hard to do this peeling of my self often.

After coming back home I kind of looked at myself in that naked inner self and ran through what I have been doing in life for a while and what I believe and what my actions do to the world around,

people around. Why do I do what I do? There were things that I was happy for and had a positive impact. There are things that had negative impact. There are things that were important and things that were trivial but done only to satisfy my ego. Some things made me happy and some made me sad. Some made me happy in spite of knowing I am doing wrong. After some time of this mental mastrubation I found that I was also going on a road of self pity for no reason and it was time to stop. I knew there need to be a break. A forcible break in a traditional phase of life. A peeled off self ready to live on… but where?, in which direction?, how?, why?, none of these really answered, but yes a stop, pause and move. A ‘Stop,Pause,Move’ is a nice thing to do once in a while…

I know it is silly, but then its my blog, my musings, my idiosyncrasies, my insanity (or sanity), my…. my…my… my… does that sound so egoistic and self centered? but then how can I talk about someone else other than me… what right do I have to do surgery on other’s self without succumbing me to the same… So yes it is self centered… My peel off is more important for me that me trying to peel others and making them naked…. period… but what is important to be said and done, is important to be said and done…. control the trivial that feed the ego as they do not serve a purpose

Some would read this and say.. we told you.. you did not listen… this is your spiritual awakening… well NO : ) Not for me…. because for me Spirituality in the way many people call it is the life jacket for those falling out of the religious boat….. just to keep afloat and not drown.. These are just ramblings on a Friday evening…