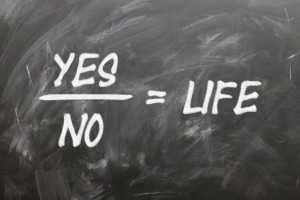 When I Voice my opinion against religions’ power to wreck havoc I am often confronted by those who think I feel the same way towards people who follow religion…. The answer is NO….

I think I am mature enough to separate the belief from the human being who is believing. For me victims anywhere in the world do not have a religion irrespective of how they were killed. But yes often the killers do have a religion especially if they justify their doings in the name of religion or their belief system.

When these kids who have religion around them ask why they do something the answer is always that they do it because they are muslim, or Christian or jew, or hindu or buddhist or sikh or jain or any religion for that matter. Kids learn that yes, because they have a religion they have to do certain things differently than other people. They slowly feel a difference their rationality cannot prove or debate. Not all of these kids grow up differentiating, but some do, they start thinking they are religious before they are human.

The incidents of terror are a bigger threat to the religious and they should be more worried about what they teach their kids. Every single kid who has been taught religion has a chance to end up here if you do not do anything now.

You do not have to say religion is bad or even stop teaching it, it is your choice, a free world. But you should teach tolerance and coexistence and show them through example that it is the right thing to do when you condemn any act of violence in the name of religion, not just incidents like that happened in Paris or Beirut but also the things that happen in countries that are typically religious, like flogging of atheists and incarceration of gays.

You cannot remain silent anymore because it hurts the future of your kids. You need to be vocal about what is wrong in this world, you need to give your children that voice to live and fight. If your book or scriptures say NO’, you cannot question you need to say it is not the right thing to say and you need to change it…. tell your kids to as questions, and do so without fear. Fear of God is not a virtue, love for fellow humans is… teach to kids that. They should do good for the love for others and not for the fear of a super power.

As an atheist you can confront me because of our differences in thought, but here I am not the one on the losing end but you. And I talk against religion and its ability to confuse, contradict and addict kids when you teach it to them; because I care for not just mine but your kids too. It is important we teach our kids to say YES or NO without depending on religion or faith or belief systems

Kids are all our responsibility let us work to make a more tolerant world tomorrow. teach your kids to Think Rationally and you will do a great favor for you, them and the whole world
-Vinod-

Like Loading...
‹ The middle finger between Pain and Negativity or may be life between two middle fingers
Be Tolerant When your religion is questioned; It is important for the future ›