Home › Movies › Ajay Devgan’s Shivaay takes a ‘Taken’ Route but fails; I wish it was not so

Ajay Devgan’s Shivaay takes a ‘Taken’ Route but fails; I wish it was not so 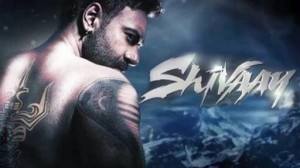 When they spend so much money on making a movie; locations, special effects and so on how come they do not give enough thought to the story line. While I appreciate the effort by Ajay to make such a big budget movie the problem lies in multiple fold.

The First half of the movie is so long that all of that could have been finished in just 15 minutes. Focus on Ajay and his action, the affair and the parting, Done. While the scenery is breathtaking you feel bad that all this money is spend on taking shots that do not add any value to the movie. Also the dialogues during the first half is at not just unforgettable but too dragging and lack of essence.

The second half luckily does not have a any dialogues and is all about action. Though the movie takes the ‘Taken’ Route it loses its way because again we cannot see a dad, what we see is a super human. Ajay Devgn is an actor with tremendous potential and many time he does not have to even talk and the whole scene will be immersed in his eyes.

It is sad to see such a nice actor bet on such a high stake and yet because of the lack of a clean story and worthwhile dialogues and easily avoidable dragging throws the viewer in a fix. Lot of effort has gone into the movie and it could have made in a better way.

Not sure if it is because he is also doing the lead role in a directorial movie. His other directorial film U, Me Aur Hum I have not watched. I had a lot of hopes seeing the trailer. I should not complain as the action is good, but action is not enough for an indian movie to survive. In other words they should made the 15 minutes before the interval and the second half and made a 90 minutes movie all the rest of the love affair and dialogues from first half were fillers that just did not gel with the movie.

One point to be highlighted is the acting of the little girl Abigail Eames who does an extremely wonderful job as Ajay’s daughter.

Like Loading...
‹ Who said Atheism makes perfect sense? No it does not. Here is what makes Perfect sense.
Thoughts on Pope’s comment “women will be banned from priesthood forever” ›