I dedicate this Post to our Pathu – 2017 National Film Awards 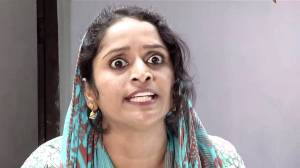 Pathu Angry at me for my Blunder

This is a revised post on the 2017 National Awards. Yesterday I wrote a post on the National Awards and in the process a irreversible blunder surfaced. I did a blog saying Sonam Kapoor won the Best Actress. And I did not realize it until some friends noticed it on Facebook and politely told me instead of actually (as they should have) tearing me apart. So first my sincere acceptance of the error.

I will start the blog on a few things about the blunder, because the whole episode got me thinking. And as a blogger and often claiming that what I say here is my opinion, it is very important to get the facts straight. There is no standing for an opinion when facts are completely wrong. So here I failed that.

Now the answer to my blunder is multifold. First I did not read the news thoroughly, so the solution I should keep in mind is to NoT dive into writing and blogging if I do not have enough time to catch up with the news, especially if I am trying to write a commentary on something that happened. So this should not be repeated.

Second point is that the media that reported the award news (where I read) had their title and front cover with Akshay and Sonam and no picture of ‘Surabhi Lakshmi’. They also say Sonam’s Neerja and not Ram Madhvani’s Neerja. They just says Sonam and Akshay in the title and I think Surabhi’s name should have been in the title. Now I am not telling that was the reason I made a mistake, but I went and re-read many other columns and found the best actress name was just a passing remark not the main sites. I went to Google and searched ‘Surabhi Lakshmi’ and I immediately cried out “Ithu mmada paathualle?” which is a Kozhikode colloquial ‘happily surprised’ was of saying “this is our Pathu”. Though I am from calicut, to be honest I did not even know the name Surabhi Lakshmi, for me it was always Pathu, her character in the serial that made her a household name. So I want to dedicate the title of my post to Pathu and to Surabhi

So Pathu joins the ranks with Smitha Patil, Shabana Azmi, Nargis, Sharada, Shobhana, Shobha (remember the movie Pasi). I have not seen the movie. But yesterday I looked up the trailer on YouTube and it is not the Pathu I know.

When I openly accepted the blunder on Facebook, some of my friends Jokingly said “You always go for the lady with the looks” It was just a joke, but not looks, but the fact of being acquainted. Yes I was more focused on a name that I was acquainted with which was Sonam over Surabhi Lakshmi. And that was because my acquaintance was with Pathu and with her identity as a kozhikode person. When ever I see her in movies, she was not an actor but the person next door.

So with Sonam when my connection was with her name and her Dad’s name and the other many movies that I have watched of hers; with Surabhi, it was with a character. I will let you judge which is more valuable to an actor. But at the same time I would not have been surprised if it was really Sonam who got it, because I think she did a wonderful job in Neerja.

Now coming to Akshay who also joins the rank with Naseer, On Puri, Kamal, Sanjeev Kumar, Mohan Lal, Mammooty, Gopi and so on… a slight indigestion in there…? 🙂 But in a world where Saif Ali Khan can win (I mean a mom can present to her son) a national award, I think Akshay is way more deserving. 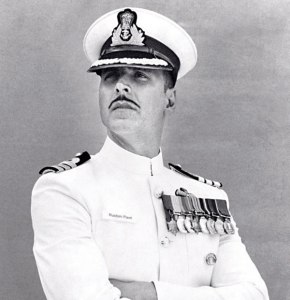 I have seen both Rustom and Airlift. Is he the one actor who acted the best in the whole of India last year? May be not…. but he did do a good job. And it is nothing like the Saif Ali Khan debacle before… Saif’s award was like a piss on movie making and other actors, at least that year.

When we object an award we should also say who else we expect to get it. And also acknowledge the fact that we do not see all movies made in Indian cinema industry. Looking at movies I watched last year other than nawazuddin I don’t think there were many who could have been given a nod. But though Nawaz did well in his films, I don’t think he had a specific award worthy movie. Nawaz needs more movies and that will happen if the stupid industry does not tie him to stereotype psycho roles.

On a different note I think Bachchan winning for Agneepath was when the real start of a low in the national awards. Though he definitely deserved it for Black and he could have got a supporting nod even for pink this year. Agneepath was a big stretch to put Bachchan in that league back then. But then he should have got a best supporting role for Aanand which none of us would disagree. And again from Malayalam both Mohan Lal and Mammooty are busy fighting the young pill battle than really acting.

An award does not state if one actor is better than another actor. It just means that in the films released in a year from the ones considered this is the choice.  Also being a short movie buff, I have seen many short films that has exceptional acting. And when you see people like Anupam Kher, Irrfaan, Kay Kay Menon and Naseer do shorts you are mind boggled.

Being able to deliver something really substantial in under 10 minutes is also a very important art. That said we should also understand that familiarity and popularity can be a two edged sword. We should only be worried if we smell foul play in a Jury verdict which I felt during Saif Ali Khan’s award. I don’t really feel so now. But there are a few things there as well.

The fact that Priyadarshan is the Jury chair and he has a special connection with Akshay being the lead in most of his Malayalam-to-Hindi flicks can raise eyebrows and might be making people talk and even for him thinking of a need to come out and give explanations.

But then Priyan saying that Mohanlal was the next contender is laughable and puts Priyan in a very questionable area. I wonder was Mohan Lal the best acting contender for pulimurugan, janatha garage and Munthirivallikal? Give us a break on that Priyan. and I don’t think there was any need for a special mention on that. Now that is where I feel the special mention was based on your connection to Mohan Lal. Your decision for Akshay was probably right (discounting your connection with him), but the special mention for Mohan Lal is a stretch.

Let me close saying it is not easy to be impartial, at least being devoid of the thought that you need to give an explanation for a decision 🙂 Why? because Priyan is a malayali and if Mohan Lal’s 100 cr movie is not given a nod will the fans be outraged.

And I say Akshay is deserving without knowing who the contenders were from the Bengali films. Once I see that or you also see them, may be we all would feel what has happened. And in my honest opinion none of Mohan Lal’s films in 2016 were award worthy…. Period…..

Like Loading...
‹ Pursuing a passion on the side can make life happier
Don’t tear up Tarun Vijay to cloth yourself; he is just a mirror ›