Here is what happened and no paper will ever report; another planned effort against the great malayalee and the state is in total shock and the high command is seriously discussing the matter (avalokanam in political malayalaee  terms).

Though I am not in liberty to give you the complete details of issues, here are some of the headlines that papers were suppose to report, but some vampan karutha kaikal (big black hands in malayalam) got it removed.

Sreesanth – the only person in the indian team who enquired and cared about the girl who was suppose to run naked.

Sreesanth tries to come out after Dhoni hits the wining sixer, but found himself behind glass doors. (many malayalees found this as a planned effort) 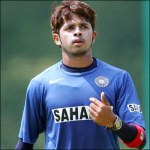 Sreesanth was the only player who tried to hug a bystander during the commotion (chance as we malayalees call it). Also known as “chulivil oru goal”

Cricket has india and India has sreesanth; every malayalee today stands one inch taller

I might retire before Sachin – Sreesanth proclaims in a whisper; luckily no one heard

Sreesanth is the greatest player who never played – The proud malayalee

Sreesanth looks at the mirror and says “Ithanu mone kali, kalichilenkilentha, iniyonnu kulichittu mudi cheekanam” (this is the game, what if I did not play; now I need a shower and comb my hair)

Barbers all over Kerala folk around sreesanth’s house in kochi to cut his lucky worldcup winning hair to make wigs for upcoming cricketers to wear and play. Great Going Sreesanth!!!

Sreesanth’s superstition is that if he combs his hair it is unlucky for India; Great Going Sreesanth, You are da man!!!

Joining all Mallus in this great achievement, Share it for Sreesanth!